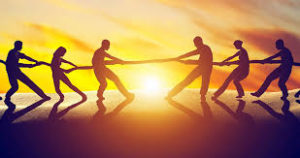 It is very rare to see a decision surrounding the facts of a dissolution of a professional services partnership. Most cases settle.  Substantive insight in relation to the application of the legal principles surrounding the dissolution of partnerships is given in the recent decision of the UK Court of Appeal dismissing an appeal from the decision of the High Court in respect of issues surrounding the termination of a solicitor’s partnership.  The case of Bishop V Goldstein [2014] EWCA Civ 10  gives a very clear signal from the court in relation to its view of conduct of partners designed to squeeze out partners from professional partnerships.

I.              If, rather than dissolve by agreement, Mr. Goldstein had sought a dissolution under Section 35(d) of the Act he would have succeeded.

II.            The conduct of Mr. Bishop which had by then made it not reasonably practicable for Mr. Goldstein to carry on business in partnership with him had consisted of breaches of the partnership; and

III.          Those breaches had indeed been the cause of the earlier, consensual, termination of the partnership.

The points in paragraphs I & II above were not disputed but the point in paragraph III was challenged on the basis that effectively it was not the conduct that brought the affairs of the partnership to an end but it ultimately was brought to an end by consensual agreement.  Technical points in relation to the partnership being brought to an end by repudiation as a result of the conduct of Mr. Bishop and in relation to the “last straw” doctrine were pleaded. The Court of Appeal found that such doctrines had no application in partnership law.  In particular, the Court of Appeal found that the specific breaches were symptoms of a more fundamental failure by Mr. Bishop to comply with his partnership duties towards Mr. Goldstein.  There was a course of conduct which, viewed as a whole, represented a continuing breach of his essential obligations, which he had done nothing to remedy during the last three months of the partnership and which amounted to conduct designed to (in the end successively) squeeze Mr. Goldstein out.  The Court of Appeal made it clear that it should not be assumed that it would always be the case that damages would be the only appropriate remedy in the case of a breach of a partnership agreement.  Partners owe duties to each other, for example, the duty of good faith which is imposed by law by virtue of the nature of the relationship.  The relationship is also governed by the terms of the Partnership Act, 1890.  In partnership disputes, the terms of the partnership agreement no doubt sets out important parts of the details and terms of that relationship. It may be that some forms of breach of partnership duty would better be treated as giving rise to claims for compensation in equity, or a liability to account, rather than a simple claim for contractual damages. If one party, in breach of his duties to his fellow partner, seeks to squeeze him out or otherwise conduct himself in a manner which makes it intolerable or impracticable for the other partner to continue to carry on the business with him in partnership, and this causes the innocent partner to dissolve or agree to the dissolution of the partnership earlier than would have otherwise occurred, then it is plainly necessary for the law to recognise some means whereby the innocent partner can be compensated for consequential loss.  It may in the end be little more than a matter of terminology in partnership dispute cases whether that compensation is described as damages for breach of the partnership agreement or compensation during a dissolution account for breach of partnership duty.