PROBATE – UK Will Revokes Earlier Irish Will; But Did Testator Intend That? 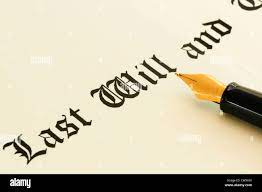 You can make several wills in your lifetime but normally only one will be acted upon and that is the final will you have drawn up and executed while still of sound mind.  If you are making more than one will due to your having assets in more than one country, then you need to make sure that all sets of lawyers are aware of what property they are dealing with, and what wills they are leaving intact so as not to revoke wills made in other jurisdictions.

This is because all standard wills have a revocation clause whereby any previous will is revoked or cancelled. The courts will allow some exceptions to this rule, but an applicant would have to show the clause was included in the will by mistake or typing error or that it was contrary to the express intention of the person making the will.   It can be an uphill struggle to convince a court in Ireland that this is so and that an earlier will should, in effect, gain priority over the deceased’s last will and testament.

In a recent case here, a testator, living in the UK, executed an Irish will leaving her Irish property to a friend. However, she also had assets in the UK and subsequently went on to sign a will in the UK which revoked any earlier wills she may have executed.  The question before the Irish court was: Did the UK will revoke her prior Irish will which dealt only with her property in Ireland?  In this case, the UK will was drafted in July 2011.  The Irish will, dealing with only Irish property, was signed in September 2011 and the UK will, dealing with only UK property, was signed in October 2011.  The Irish will did not contain a revocation clause, but the UK will did.  If they had been signed in reverse order, then both wills would have been fine.  However, they were not signed in reverse order so the UK will revoked the Irish will.

The case then was an attempt by the UK executors to have the Irish will reinstated so that the intentions of the deceased could be effected. The court allowed external evidence to be admitted assisting in the construction of the will.  Unfortunately, her Irish solicitor was not in a position to help, and the UK solicitors could only give their recollection that the deceased did not have the intention to revoke the Irish will. Her niece in the UK gave similar evidence on Affidavit, but did not depose how this knowledge came about.

The High Court judge considered the external evidence provided little evidence of the deceased’s intentions at the time. The court was concerned too.  The testator had executed her Irish will in the presence of her solicitor and must, therefore, have been aware of the importance of setting out her instructions clearly.

More importantly, the UK will contained a clause stating that the will applied to all her property “wherever situate”.  There was little to upset the presumption that this clause applied to her property both in the UK and Ireland.  The court found that if a will clearly provided for something, it should be taken to be the intention of the testator in the absence of any exceptional circumstances.

The applicants in this case had failed to discharge the heavy onus of proof that the UK will did revoke the earlier Irish will and so the Irish will could not be admitted to Probate.  The bequest of her Irish property therefore failed because the testator did not expressly provide for it in her later UK will which revoked it.

The case underlines the importance of giving concise instructions to your solicitor, particularly where there is more than one jurisdiction involved and then checking and being satisfied that the will or wills fully reflect all your instructions and have full force and effect.

If you have any queries regarding making a will please contact us by phone at 061 501100, email Kate O’Brien, probate solicitor at [email protected] or get a call back by completing our contact form so we can provide you with further information or advice.