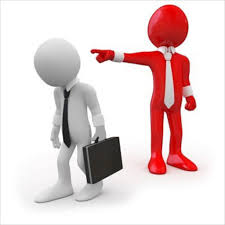 An employer taking legal action against an employee or former employee is unusual.  It is normally the employee that takes legal action against the employer for alleged breach of employment rights or for personal injuries allegedly sustained.  There have been a number of high profile examples of employers suing employees lately, mostly relating to breach of employees’ duty of confidentiality, or breach of specific terms of the contract of employment such as restrictions on working for competitors, soliciting clients or opening a competing business within a certain geographic location.

The question arises however, as to whether an employer can sue an employee for acts of alleged negligence or breach of implied duty of the employee to exercise due care and attention, which gives rise to a claim against the employer.  The fact that such actions are extremely rare may be explained by the employer-employee relationship and the fact that the employer is normally insured for any accidents caused by the inadvertence or acts of negligence of an employee through employers liability, professional indemnity or public liability insurance.

The question of employee’s liability to the employer was considered by the Court of Appeal and the House of Lords in the UK in Lister v. Romford Ice & Cold Storage [1956] UKHL J1220-2 (Lord Denning dissenting).  The case concerned an original claim against the employer for injuries sustained as a result of an employee who negligently struck a third party when reversing a lorry without looking where he was driving.  The employer was found to be vicariously liable for losses caused by its employee.  However, this simple accident was complicated by the employer issuing a writ seeking an indemnity against its employee for damages for breach of contract in the amount that had to be paid out to the injured third party.  It was claimed by the insurance company on behalf of the employer that it was an implied term of the contract of service that the employee would carry out his duties with reasonable care and skill and that he had failed to do so, causing the loss and damage.

In his defence to the claim, the employee pleaded that it was an implied term of his contract that he would be indemnified against all proceedings brought against him for any act done by him in the course of his employment, or in the alternative, that he would receive the benefit of any insurance in place to protect against the claim.  This was an unusual case in that the case was brought against the employee by the employer’s insurance company on foot of subrogation rights – which is the right of insurance companies to step into the shoes of the insured and avail of their causes of action.  It was also unusual because the employee had exercised unusual forethought by requiring that he was named on the employer’s insurance policy.  However, this would only have availed him if he had been a Defendant in the original case and would then have entitled him to call on the insurance policy to indemnify him.  Given that he was not named in the original proceedings, the insurance company did not indemnify him and then sought to avail of the employer’s theoretical common law entitlement to sue the employee for breach of his duty as an employee to perform his duties with due care and attention.  The majority of the Court of Appeal, which was upheld by the House of Lords, held that the employer was entitled to do so.

Lord Denning, dissenting in the Court of Appeal found that there is an implied term in the contract of employment that in cases where the employer is insured that the employer or its insurance company on its behalf will not seek to recover contribution or seek an indemnity from the employee (or servant).

This created a significant backlash at the time. The Minister for Labour and the British Insurance Association therefore reached a “gentleman’s agreement” whereby the insurance companies operating in the U.K. agreed not to institute a claim against employees of insured employers other than in cases of (1) collusion or (2) wilful misconduct.

Lord Denning had an opportunity to reconsider the matter in Eric Morris v. Ford Motor Company [1973] EWCA Civ J0327-1.  In his judgment in that case Lord Denning commented that the servant would feel extremely aggrieved if sued by the employer or its insurance company – the worker would comment that the master takes the benefit of his labour and should bear the burden, and that the wages are fixed on that basis.  Lord Denning stated “I would apply this simple principle: where the risk of a servant’s negligence is covered by insurance, his employer should not seek to make that servant liable for it…”.  Lord Denning further stated that if he was wrong in putting the right of subrogation on principles of equity, then it must be put on implied contract.  Effectively, the theoretical conversation between the employer and the employee would go along the lines of:

Employer: Well, yes, we’ll be paying your wages and for the truck and insurance and so on.

Employee: That’s good.  So there’s no need for me to take out a second policy of insurance to cover the same vehicle then?  Because if I do I want to be paid a little extra.

The concept of the employer saying yes, we reserve the right to sue you if a claim is made for which we are insured was considered so ridiculous that it was held to be an implied term of the contract of employment that the employer would not sue the employee for insured losses.  If the employer intends doing otherwise, then the employer ought to inform the employee from the outset so that the employee could either not accept the job offer or could demand compensation commensurate with the risk or could consider taking out his own insurance policy.

It would seem that the Irish Supreme Court agrees with Lord Denning.  In Sinnott v. Quinnsworth, CIE and Durning [1984] WJSC-SC – McCarthy J in the majority held:

“The dissenting opinions [in Lister v. Romford] held that it was an implied term of such a contract of employment that the employer will see that the driver is protected by insurance from any third party liability arising from his driving and, accordingly, neither the employer nor his insurers can sue the driver in respect of that liability.  It is important to note the reasoning underlying the dissenting opinions.  If the contention of Durning in the instant appeal were to be upheld, then, presumably, where the employer had seen to it as here, that the driver was protected by insurance from any third party liability arising from his driving nonetheless, the employer is to be barred from recovering from the insurer concerned.  Calling in aid the observations of Lord Denning MR in the English Court of Appeal decision in Morris v. Ford Motor Company Limited, Counsel for Durning has made the simple contention that Lister’s case was wrongly decided.  It is not for this Court to express a view on the decisions of foreign Courts but, merely, where relevant, to express agreement or otherwise with a legal principle stated in such decisions.  If there is a principle stated in Morris v. Ford Motor Company appropriate to the present appeal it may be that the case is to be tested according to the principles of equity.  A modern adaptation of these principles would, surely, be that those insuring against Road Traffic Act liability should pay the damages in respect of such liability.”

That being the case, it would seem that employers or their insurance companies are likely to be precluded from suing employees for acts of inadvertence or negligence that are covered by policies of insurance by virtue of an implied term in the contract of employment in circumstances where there is no collusion or wilful misconduct.  This statement can be made with particular confidence in cases where a policy of insurance covering loss is required by law.