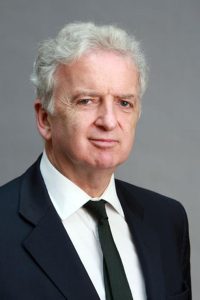 The news is terrible. To hear that my friend Frank has passed away leaves a gaping void, a chasm that was previously filled with all of Frank’s great presence and joyful qualities. His traits were many and varied. Spend any time with Frank and you came away feeling that a serene transcendent being had spread his arms around you and was looking after your case and the whole world simultaneously.

What can I say about Frank? Frank was a huge personality – a colossus, an enormous presence. Friendly, kind and considerate. I hope he’ll forgive my feeble attempt to describe him. I know he never held a grudge.

Frank was far too wise to be clever – his ability to see all the arguments in a case was uncanny. Give him a brief and he’d pull out and focus on a single point that ought to be the issue. The rest became just extraneous stuff that had to be got through, but the single shining seemingly impossible question because the point and cause of the whole case, the cause celebre. The rest was chaff, obvious to everyone, which Frank would have to get through – which he did with purpose and resolve and a little impatience from time to time. Frank did not need to focus or even think about the peripherals though and assumed that judges and other barristers were just as aware as he was of all the strengths and weaknesses in the peripheral arguments or sideshows – they were surely clear to all. Mostly the judges were clever enough to understand and follow him and the case became about the real point as Frank saw it. The real point of the case was where Frank’s flair and talent came to the fore – the cause celebre. Frank had realised the crux of the issue at the outset and the whole case became crafted towards a showdown on this one issue. Slowly building to a crescendo, the case would come to a head on the single question, the one real point at issue.

And of course Frank had considered all the permutations of that one question already. He didn’t need to hammer it home, he could just guide the thinking of the judge in the right direction so they could make their own (the right) decision. The opposition were helpless to hold back the tide – the point was the real point and everything else just a distraction. There was no point arguing about distractions. Frank would grow in confidence – the judge would make the decision Frank felt they had to make because it was the right decision, the only decision – the better questions the judge asked the more confident Frank became. Frank’s great mind had focussed and resolved a complex argument into what was just one issue and the case ran through a funnel of Frank’s making, slowly narrowing on the focal point, the single issue. The real problem was always obvious at the outset to Frank. Immediately and plainly obvious no matter how complicated the puzzle – and surely obvious to everyone. Why were they even fighting it? The case melted down to that single seemingly heroic question. The Gordian knot at the centre of the case was revealed, and Frank stood with the sword of reason ready for the judge to wield it. Frank was too wise to be clever, because he assumed everyone else saw all the permutations just as plainly and quickly as he did. Us mere mortals could only watch as Frank’s vision was realised.

Frank was too honest to be unfair. Frank didn’t need to use his mammoth reputation or intellect to cow or overbear other barristers. Frank loved all people and therefore he loved (nearly) all barristers. He held no fear of anyone and regarded all barristers and judges as his equals. He treated them mostly with kindness but always with honesty and dare I say frankness. Frank was not above a bit of bluster, or letting his exasperation show if the other barrister didn’t immediately see things his way (as of course he should). In negotiations, Frank was always willing to reveal his position if he had no reason to distrust his counterpart and to work with the other side to achieve a settlement that both could live with. He saw no weakness in honesty. He saw weakness in dishonesty and would never adopt a position he would not be willing to stand firm on. Frank understood psychology without having to think about it. He understood give and take and right and wrong. He was always reluctant to ask for too much, knowing the effect it would have on the other side and the risk that positions would become entrenched. Above all, Frank wanted a fair result, and would work towards that outcome with integrity and diligence. He expected all barristers to do the same. He worked to make that so, to teach and educate other lawyers so that they shared his excellent ethics. He realised that he had huge experience and that part of his role was passing that on to his opposites, juniors and all other colleagues. He gave generously of his time and shared his knowledge and experience freely and widely.

Frank loved people. He could settle a case for more than anyone else because he genuinely believed his cases were worth more. His clients were always excellent people who he grew fond of. They deserved to win their case and to be vindicated, so any settlement would have to reflect their excellence. This was driven by Frank’s inherent love of people. He saw in others what he had in spades himself – simple goodness.

Frank was solving the problems of the world one case at a time, and I’m sure that’s why he loved politics too. He wanted the best of people to become judges – people who understood justice and their role as judge to deliver justice. This was important to him. He thought that judges do justice. He was aware that his role as barrister was to influence decisions, but that he could not control outcomes – although he did his damned best. He disagreed with the Judicial Personal Injuries Guidelines – so he was involved in a case to challenge it. He was optimistic about that case, as only Frank could be. He was on the right side of the argument, so how could he lose? Justice would surely be done. This was typical of Frank. If something was wrong, he would fight it. If something was right, he would make a stand for it. It didn’t matter if it would come back to bite him or was not in his own interests. He would fight anything and everything he saw as wrong and defend the worthy or even the unworthy if the cause was good. Give Frank a cause, a hard luck case and he would become impassioned – he would take on any client, fight any corner… On hearing the wrongdoing, he would become first shocked, then angry and finally a crusade would be launched to correct this terrible wrong. A cause had been found, a crusade must follow. Collar on robes ready. Fees were utterly irrelevant. Frank wanted to fight for every cause he believed in, to struggle for justice.

People will write about Frank’s intellectualism. That side of Frank was above my head. He would witter on about Parnell or Healy or Joyce with gusto and enjoyment and he was a joy to listen to. I haven’t read about those people. But Frank assumed I did because he assumed everyone was as well read and erudite as he was. Even in this, his generosity was without limit.

Frank’s time was cut short. He didn’t deserve to be taken before he was ready. But I know he was content and happy with where he was in life. He was very proud of his family. He had achieved an unparalleled reputation in law. He loved Paris and his little trips. Judges and colleagues looked up to him and some feared his wrath for doing the wrong thing. I suspect he enjoyed that. He enjoyed his red wine. He loved his work. He loved Fine Gael, politics, history and stories. Frank has achieved more than most. He gave more than any. He wasn’t finished giving. But he has done enough. I hope you finish that last book Frank. May you rest in peace.

As Frank would say every Friday, “Bon Weekend”.