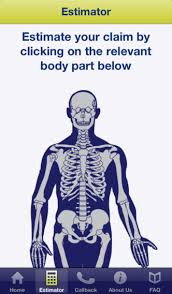 The Book of Quantum is used by the Injuries Board to value personal injuries claims.  It is a booklet prepared for the Injuries Board by independent consultants.  The majority of the information behind it seems to have been supplied by insurance companies.  The Book of Quantum is dated June 2004 and was, after its initial publication, a useful guide to the Injuries Board, the Courts and practitioners in assessing the value of claims.  For some reason, the information has not been updated as had been originally envisaged.  It seems that an update is due soon, but there is no date for its release as yet.

According to the Act establishing the Injuries Board, it is supposed to assess personal injury claims using the same guidelines as the Courts.  This is set out in Section 20(4) of the Personal Injuries Board Assessment Act 2003, which states:

“An assessment shall be made on the same basis and by reference to the same principles governing the measure of damages in the law of tort and the same enactments as would be applicable in an assessment of damages were proceedings to be brought in relation to the relevant claim concerned.”

In other words, the Injuries Board should make awards equivalent to the Courts.  Just to be clear, the law of tort is set by precedents laid down by our Courts and rules set by legislation.  It is not the Book of Quantum.

The 2003 Act provides for the engagement of independent experts in assisting the Injuries Board employees value personal injury claims.  To this observer, it appears in the vast majority of cases that the Injuries Board assessors rely on the Book of Quantum as their main source of information.  It does not help that no reasons or rationale is provided in their assessments, but the figures are generally in line with the ranges set out in the Book of Quantum.  Regardless of recent Court decisions.

The Book of Quantum is over 12 years old at the time of writing.  One must point out that the Courts, quite correctly, do not consider themselves bound by the Book of Quantum and have often stated that it is outdated.  As recently as the 29th of July 2016 Judge Barton stated when assessing damages, in his written judgment in Rotimi Omotayo v. Kenneth Griffin,

“Having had regard to the book of quantum, which is now hopelessly out of date and is of little assistance, and applying the well settled principals of Tort law to the assessment of general damages…”

In the United Kingdom, there is an excellent guide to damages for personal injuries published and kept updated by the Judicial Studies Board for the benefit of the judiciary and practitioners.  Indeed, the Northern Ireland version is available online free of charge.  The Injuries Board say they engaged an independent company to carry out a review of the Book of Quantum in 2015.  I hope that whenever it is finally published that it is based on the “law of tort” as opposed to insurance companies’ submissions.

Hogan Dowling McNamara Solicitors are conveniently located at Castletroy House, Dublin Road, Limerick with plenty of off street parking.  Should you have any queries please do not hesitate to contact the writer Thomas Dowling by email: [email protected] or phone: 061 501100.